Texas Hunt Lodge, located in Kerr County Texas, boasts the largest population and therefore the Biggest Axis Deer in the World!  We Hunt only Big Axis Deer year round as there are no seasonal restrictions on hunting the Axis Deer in Texas, which makes it a suitable trophy year round.

We typically let our hunters choose the method of hunting Trophy Axis that they prefer. Hunters of Trophy Axis can choose the Spot and Stalk method, Bow Hunting, Rifle Hunting, Black Powder, Safari Style Hunting, Handgun, as well as hunting from a Blind. We can accommodate hunters of any age and experience level, as well as hunters which have physical disabilities or may be confined to a wheelchair.

We currently have a few and very rare 8-pointer Trophy Axis Deer available as well as some Axis in the 35+ inch range...very large Record Trophy Axis for any area of the world.

Axis Deer is considered to be the most beautiful of deer, with a bright reddish coat marked with rows of white spots.  Introduced to Texas in the 1930s from the Indian subcontinent, the Axis deer now resides in over 45 counties around Texas.  Its antlers, which it sheds annually, are usually three-pronged and curve in a lyre shape.  Antlers are most often in the 20" range. Antlers in the 30" range are considered excellent trophies, and if they reach 36" they are exceptional Axis Trophy Deer. The world record occurred in India and is 41".  Males can weigh up to 200 lbs and females around 170.

You will generally see Axis female deer traveling with their offspring in small herds, but occasionally there will be a heard of Axis male Deer wandering together.  This breed is usually out during the day, with their greatest activity just hours after dawn and before sunset.  Another feature of axis is that, being a tropical deer, they do not follow a seasonal rut. Axis Bucks can be found in hard horn and in velvet at the same time any time in the year, which also means that fawning can occur in any month.

There are no restrictions on hunting the Axis Deer in Texas, which makes it a suitable trophy year round.  The meat is also tasty and does not have the strong gamey flavor that venison most often has.  Axis meat is also 99.8% fat free - making it the leanest meat of any mammal, and in our expert opinion, the best venison in the world. 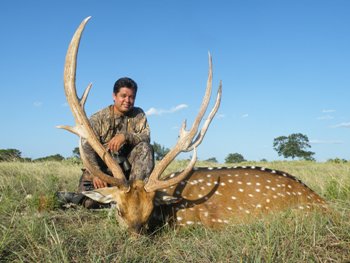 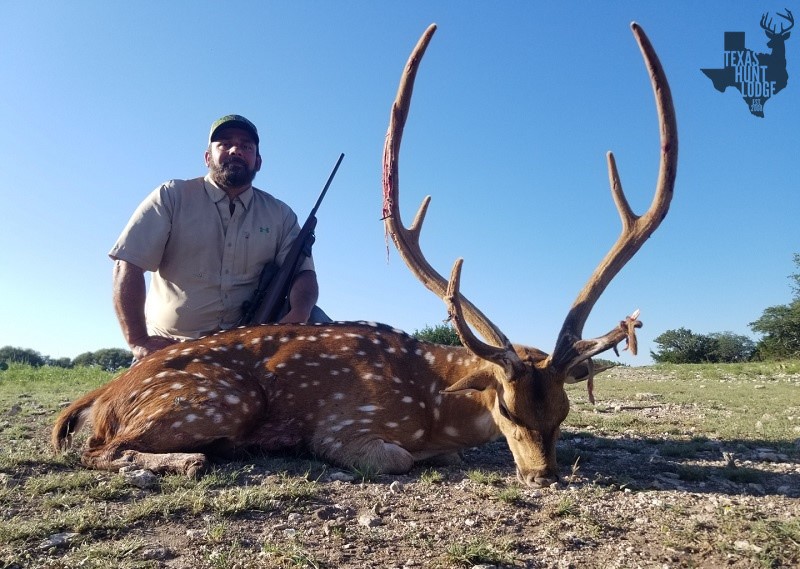 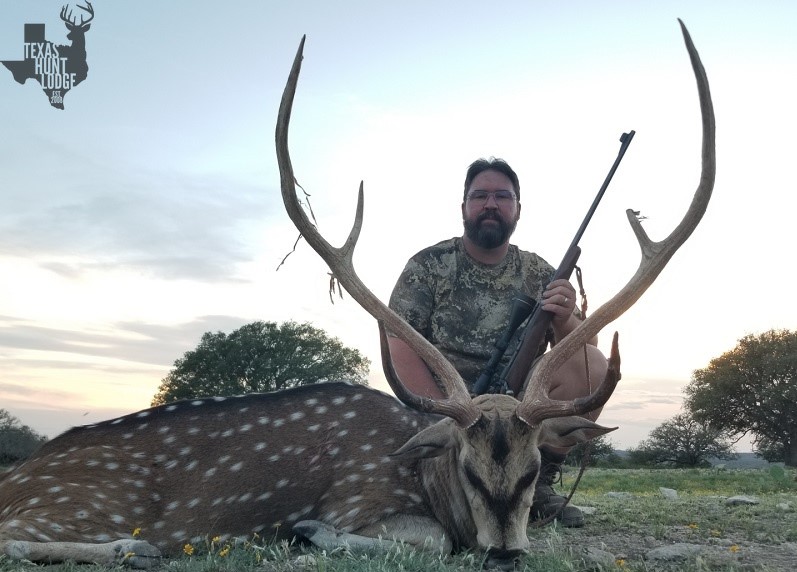 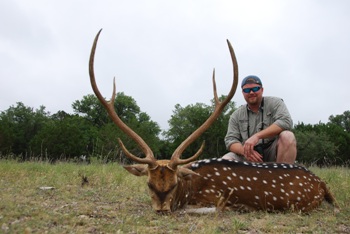 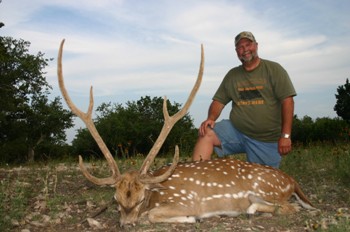 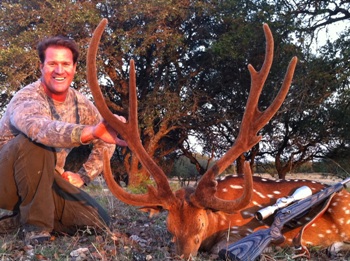 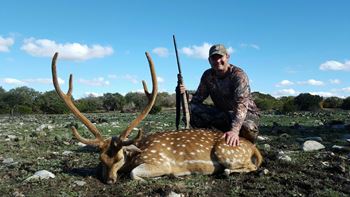 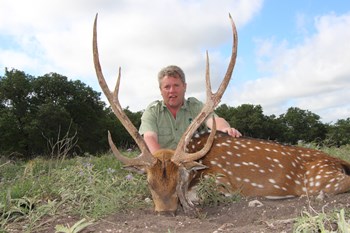 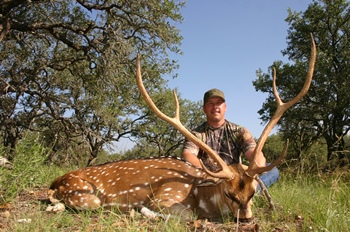 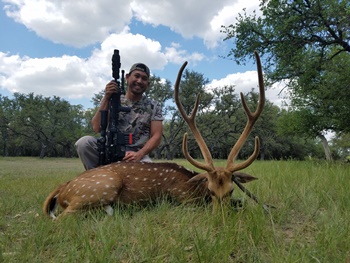