Texas Hunt Lodge will you put you on a World Record Class Stumberg Ram that will be in the record books for years to come. We have the very best selection of Stumberg Rams to be found anywhere in the world...in fact, we have guided numerous records for Trophy Game Records of the World over the years.  There are no seasonal restrictions on hunting the Stumberg Ram in Texas, which makes it a suitable trophy year round.

We typically let our hunters choose the method of hunting Trophy Stumberg Rams that they prefer. Hunters of Trophy Stumberg Sheep can choose the Spot and Stalk method, Bow Hunting, Rifle Hunting, Black Powder, Safari Style Hunting, Handgun, as well as hunting from a Blind. We can accommodate hunters of any age and experience level, as well as hunters which have physical disabilities or may be confined to a wheelchair.

The Stumberg Sheep we hunt are from original herd in Hunt, Texas. These Rams are Argali Sheep and Mouflon Sheep crossed many decades ago.  The ranch we hunt will have a few World Record Class Stumberg Sheep which will be over 40 inches, as well as Trophy Stumberg Sheep in the mid to upper 30 inch range.

The Stumberg Rams we hunt are the best and the largest in the World.  They exhibit the coloration of Mouflon, but the size of the Ram itself as well as the horns are huge.  You won't find a bigger exotic sheep in Texas than the Stumberg Sheep. 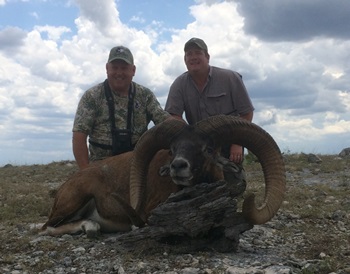 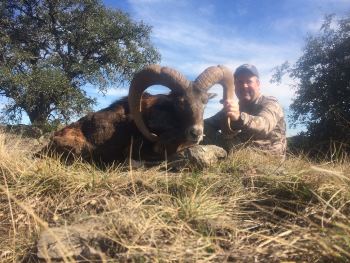 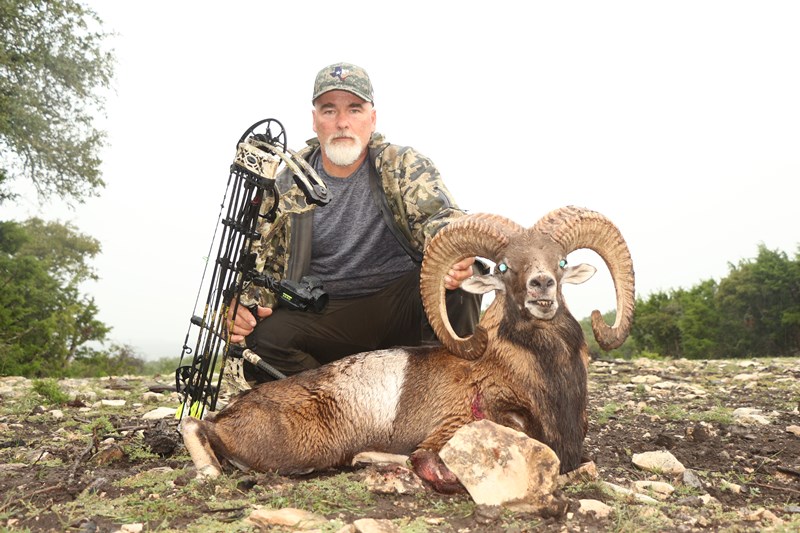