Texas Hunt Lodge allows the opportunity to hunt and harvest the Trophy Nilgai Antelope you'll want to hang on your wall and fill your freezer. Year round, we offer hunts for awesome Trophy Nilgai, and they are World Record Class Nilgai. There are no seasonal restrictions on hunting the Nilgai in Texas, which makes it a suitable trophy year round.

We hunt Nilgai on a 3000 acre ranch in the Texas Hill Country, and typically let our hunters choose the method of hunting Trophy Nilgai that they prefer. Nilgai Hunters will see upwards of 200 Nilgai in a day and can choose the Spot and Stalk method, Bow Hunting, Rifle Hunting, Black Powder, Safari Style Hunting, Handgun, as well as hunting from a UTV Vehicle. We can accommodate hunters of any age and experience level, as well as hunters which have physical disabilities or may be confined to a wheelchair.

The Trophy Nilgai Antelope that we hunt are Blue Bulls and typically have horn length in the 9-11 inch range and weigh approximately 550-700 lbs. Our Nilgai are much healthier and bigger than those you will find in South Texas.

Nilgai Antelope were introduced to South Texas in the 1920's.
The Nilgai Bull stands at 3.5 to 5 ft tall at the Shoulder and is not an easy animal to take down.  Rifle Calibers for hunting Nilgai range from .270 WSM up to .338 typically.  In most cases, you will not find an exit wound on a downed Nilgai.

When hunting Nilgai, you will typically find Nilgai Bulls running in herds together, Cows and calves by themselves, except during Rut.
The Nilgai (Boselaphus Tragocamelus), an Antelope native to India that is hunted for trophies, can now be hunted in Texas with Texas Hunt Lodge. The Nilgai Antelope is a large antelope (male’s average 500 lbs) with short, sharp horns.  The horns are usually found in males only and average in 6-8 inches in length.

The Nilgai diet consists of mostly grass, and they flourish in the Texas Hill Country environment, as they prefer the dry weather to wet.  The Nilgai can be combative, and seek to injure other Nigai, and kill Eland Bulls, during fights.  They tend to breed during the winter, December to March, and the Birth Season is typically August to November as Gestation is 8 1/4 months.

The Nigai antelope male reach sexual maturity at age 2 1/2 and the female at 18 months. 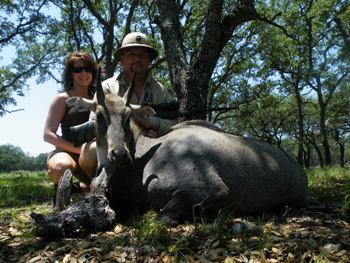 Included with the Nilgai Hunt Package 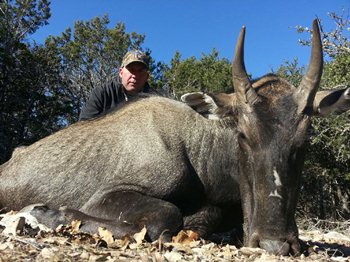 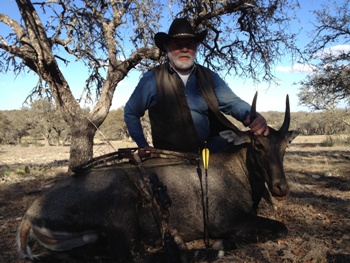 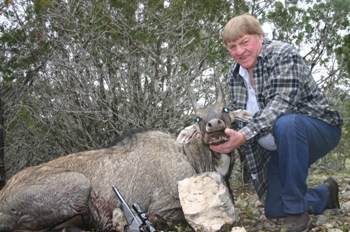 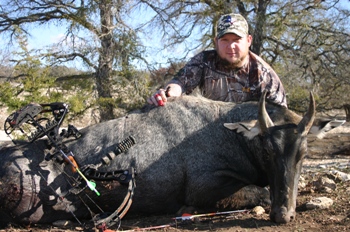 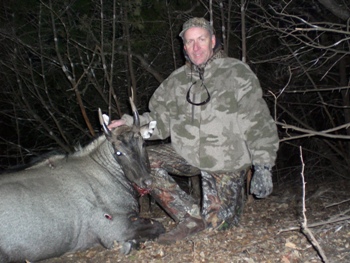 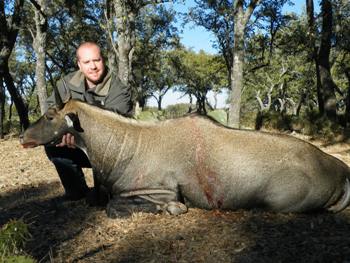 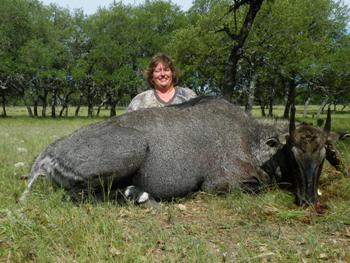 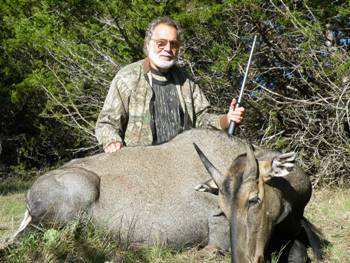 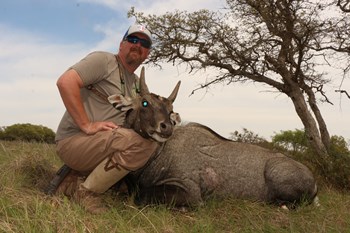 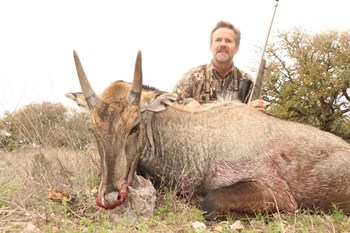 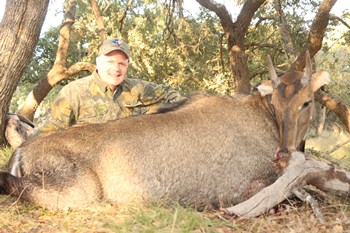 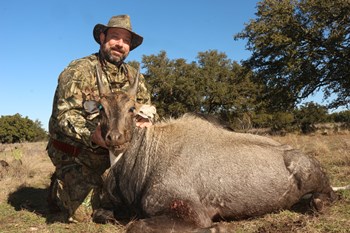 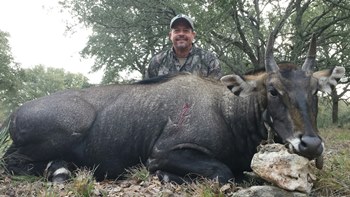 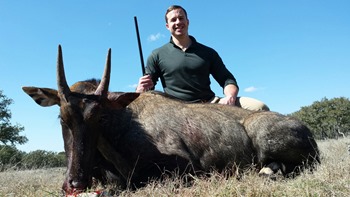 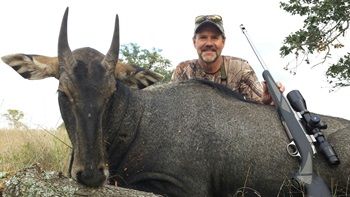 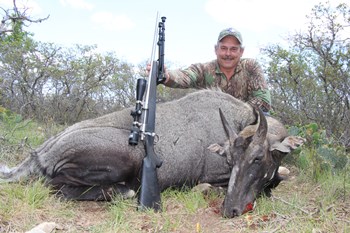 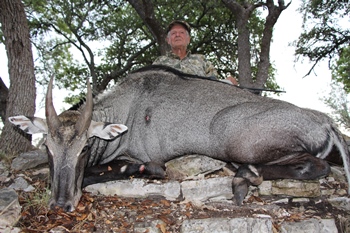